“Robin Williams, Actor & Comedian describes his lifelong struggle with addiction that today is a ‘Haunting Awareness’ he had about recovery from addictions.
.
It’s a recovery legacy, an addiction awareness that he left for those of us who live life in recovery. Even though he lost HIS battles yesterday of addiction, recovery, and battle with mental health issues, he left this message, these past quotes for all of us to know, understand, and take to heart.
.
When will this trend of suicides due to ‘Dual Diagnosis’ of addiction relapse & mental illness? It’s time to STOP the government CUTS to proper Mental/Emotional Health & Recovery Services from Addictions! There are thousands of us out here who are not famous, or have the money for these almost always very expensive recovery and mental health services and treatment centers. But even when you have the $$$$, like Mr. Williams, guess it really didn’t help him now did it?
. 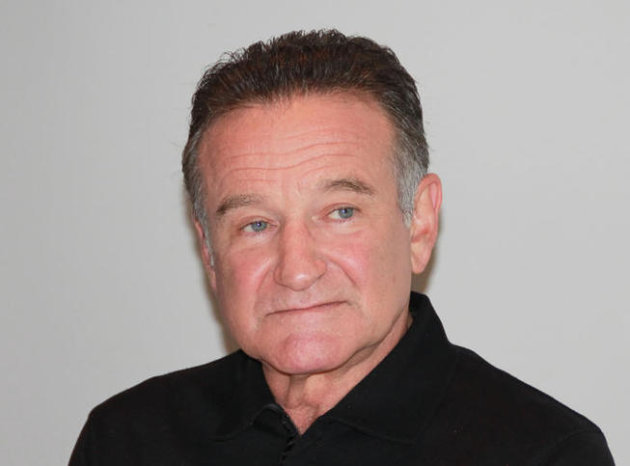 .
Snippets Of Mental Illness, Addiction & Recovery After Thoughts In His Own Words…


It’s not easy, and it’s a very POWERFUL example of the daily battles we can have, and even long-term recovery people can have a life threatening RELAPSE at anytime.
.
“It waits,” he told “Good Morning America” in 2006. “It lays in wait for the time when you think, ‘It’s fine now, I’m OK.’ Then, the next thing you know, it’s not OK. Then you realize, ‘Where am I? I didn’t realize I was in Cleveland.”
.

Williams, the comic whirlwind known for his hilarious stream-of-consciousness ramblings, was found dead Monday after the 63-year-old hung himself in his San Francisco Bay Area home in perhaps his final attempt to silence the demons that relentlessly targeted him.
.
”Cocaine for me was a place to hide. Most people get hyper on coke. It slowed me down,” he told People in 1988.
.

“The Belushi tragedy was frightening,” Williams told People. “His death scared a whole group of show-business people. It caused a big exodus from drugs. And for me, there was the baby coming. I knew I couldn’t be a father and live that sort of life.”
.

“I was in a small town where it’s not the edge of the world, but you can see it from there, and then I thought: drinking. I just thought, ‘Hey, maybe drinking will help.’ Because I felt alone and afraid,” he told the newspaper. “And you think, oh, this will ease the fear. And it doesn’t.”
.

“One day I walked into a store and saw a little bottle of Jack Daniel’s. And then that voice —I call it the ‘lower power’ — goes, ‘Hey. Just a taste. Just one.’ I drank it, and there was that brief moment of ‘Oh, I’m OK!’ But it escalated so quickly. Within a week I was buying so many bottles I sounded like a wind chime walking down the street.”
.

“You know, I was shameful, and you do stuff that causes disgust, and that’s hard to recover from. You can say, ‘I forgive you’ and all that stuff, but it’s not the same as recovering FROM it.”
.

“Just as the gay rights movement only gained momentum when individual men and women summoned the courage to “come out,” I believe it is time for those of us who have struggled with depression to stand up and be counted.To understand depression and to reduce its stigma, we need to pull back the veil to show its familiar face”.
“So I am officially coming out of the closet”.

*My own after thoughts? Robins Williams death makes me feel some FEAR if I’m open and honest here. Is this what I have to look forward to because I live my life in recovery and battle mental illness? I can’t help but wonder, and makes me a bit edgy.
.
We can still learn a lot from a man who truly put into words his past battles with addiction, recovery, and severe depression. The answer to my question from my earlier post of the non-famous that passed away yesterday? The other nameless people who were NOT in the headlines, or made national news? HOW many nameless people die from mental/emotional illness’s & addictions by SUICIDE EVERYDAY? … Here is our ANSWER.
.
SUICIDE:
Suicide (Latin suicidium, from sui caedere, “to kill oneself”) is the act of intentionally causing one’s own death. Suicide is often committed out of despair, the cause of which is frequently attributed to a mental disorder such as depression, bipolar disorder, schizophrenia, borderline personality disorder,[1] alcoholism, or drug abuse.[2] Stress factors such as financial difficulties or troubles with interpersonal relationships often play a role. Efforts to prevent suicide include limiting access to firearms, treating mental illness and drug misuse, and improving economic development. Although crisis hotlines are common, there is little evidence for their effectiveness.
.