“Yes, I write and share about Mental Health on my blog as I am a “dual diagnosed” person living life in recovery with Mental Health daily challenges” 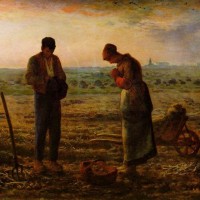 Anciently, recorded evidence of mental treatment is sparse. We can tell from ancient skulls that trepanning (chipping a hole in the skull) was practiced in Neolithic times, perhaps as an attempt to lose evil spirits from someone’s head. Egyptian practices were more humane, (and surely more effective,) recommending calming time in the gardens, recreational activities, and care for the body in response to mental distress. Most ancient cultures, however, believed mental illness to be a result of unclean spirits, or punishment from God, and thus treated it with prayers, spells, charms, and incantations. This tendency persisted into the Middle Ages, despite Hippocrates’ revolutionary theories citing physical pathology as the cause of mental illness.

During the 1600’s, as civilization advanced in Europe, individuals with mental illness were increasingly incarcerated and institutionalized. Although this was often seen as a merciful approach to mental disease, separating patients for their own good, innocents were grouped without distinction with criminals and treated accordingly. Conditions were completely inhumane. Patients went completely uncared-for and were chained to walls, with the basic needs of life hardly seen to at all.

Fortunately, since that time, there have been amazing and significant changes in the mental health care system, thanks to the crusading efforts of a few individuals.

Phillipe Pinel was a French physician who practiced in the late 1700’s. When he first came to Paris, hoping to advance and enact reforms, he was discouraged by the bureaucracy of the medical system already in place, which wouldn’t honor the credentials of a provincial doctor. However, after the French Revolution, a new regime was put in place, and Pinel was appointed the Physician-in-Chief of all public men’s and women’s asylums in Paris. He is well-known for his management of Bicêtre asylum, where he forbade the use of chains and shackles, removed patients from dungeons, and instead promoted the incorporation of gardens and sunshine in the treatment of patients. He believed that with gentle and humane care, mentally ill patients would naturally improve.

In England, another physician was of the same mind. William Tuke, of the York Retreat, sought to treat people with compassion and morality. Although it started as an organization built by Quakers, for Quaker patients, it was soon open to everyone. Facilities like the York Retreat and La Bicêtre soon set the standard for humane treatment of mental illness around the world, but unfortunately, it wasn’t as widespread as it should have been, due to underfunding and lack of awareness.

Dorothea Dix was an American activist, teacher, and writer who lobbied for social reform during the 1800’s. After teaching in women’s prisons, she was shocked to see the treatment of incarcerated individuals, especially those will mental illness. She started traveling the country, documenting the conditions in various institutions, and bringing them to the attention of state and federal legislature. During the next 40 years, she stubbornly petitioned for reform, causing the establishment of 32 mental health institutions during her lifetime. She also traveled to Europe and addressed problems there, famously drawing the focus of Pope Pius IX, who personally oversaw the construction of a new mental hospital in response to her reports.

Nellie Bly was an advocate for the advancement of women, and a mover and a shaker in the journalistic world. She was a firecracker who repeatedly drew the public eye to issues she chose to highlight. One of her most famous forays into investigative journalism, perhaps, was her expose about mental health institutions. Although there had been a major shift in the placement of mentally ill patients in asylums instead of jails, thanks to Dorothea Dix, there was still widespread abuse and neglect in these asylums.

Nellie Bly posed as a patient and lived in New York’s Blackwell’s Island asylum for 10 days. From there, she wrote about the apathy and disregard from doctors, mistreatment from nurses, horrible food, and starvation. Her report, published originally in Pulitzer’s Newspaper, the New York World, and then later as a book, was a sensation and brought national attention to the plight of those in mental asylums.

Thanks to social reforms, as well as groundbreaking advances in the medical field, mental health treatment today is a very different story. Today we have various options available; inpatient, outpatient, counseling and therapy. We treat mental illness in all its forms and try to find solutions, instead of simply locking people away from society.

Admittedly, there is still a lot to learn about the treatment of mental illness, but we’re optimistic about the progress of treatment and care.

2 thoughts on “Mental Health ~ A Look Back In History …”