,…..
I wanted to re-share this post, article, and my dear friend Marilyn Lancelot who has authored several books about her gambling addiction and road maintaining recovery long-term. She has been such a help and support to me since moving to Arizona 6-years ago from Southern Oregon. When I need a should to lean on or an ear to listen, Marilyn is always there when I call. It may not sound like much, but when you are maintaining recovery from a cunning disease like ours? Just a phone call means the world to me and in knowing I am not alone. I hope you find something from this post to use in your path to being and staying BET FREE . . .  ~Catherine Townsend-Lyon, Advocate

“Author and Advocate, Marilyn Lancelot, 86, said that after being a compulsive gambler for seven years, she was arrested at age 61 for embezzling $350,000 from her job and served nearly a year in prison.”

Blinking lights, the clicking sound of coins, and perks like free or inexpensive food, drinks, and casino bus trips are enticing many older women to gamble.

For some people, that seductive environment can be extremely dangerous.

“Casinos are trained to make you feel welcome, while you lose your life,” said Sandra Adell, 70, a literature professor in the Department of Afro-American Studies at the University of Wisconsin-Madison, who recounted her experiences as a compulsive gambler in the book “Confessions of a Slot Machine Queen.” In an interview, Professor Adell said that advertisements aimed at older adults often show smiling people, dressed up and looking glamorous, “to create an illusion that plays to people’s weaknesses.”

“What the industry is doing,” she continued, “the way it markets and keeps casinos filled with elderly people, is morally reprehensible.”

Hard numbers are difficult to find, but Keith Whyte, the executive director of the National Council on Problem Gambling, said that gambling addiction among older women near or in retirement appears to be increasing in scope and severity, with a devastating impact on personal finances.

Marilyn Lancelot, 86, of Sun City, Ariz., for example, said that after being a compulsive gambler for seven years, she was arrested at age 61 for embezzling $350,000 from her job and served nearly a year in prison. “I really thought I’d win the big one deep down in my heart,” she said in an interview. “Every gambler says that.” Ms. Lancelot has described her experiences in the book “Gripped by Gambling.” 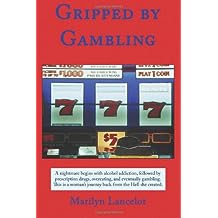 Many experts say that men are often “action” gamblers, who favor blackjack and poker, while women tend to be “escape” gamblers, drawn to games based on luck, like slot machines and lottery tickets. Women often begin gambling later in life than men, sometimes after a major life event, like the death of a spouse or when they become empty nesters.

Women are less likely to develop gambling problems than men, Mr. Whyte said, but “telescoping, the rapid development of problems, is especially pronounced in senior women.” It may seem surprising to some people that women have severe gambling problems, he said. “Grandma is not seen as someone who embezzles money and is taken off to jail,” he said, yet it happens.

Many women lose significant amounts of money and jeopardize their futures. “Once they tap into retirement savings, it’s incredibly hard — if they are ever able — to rebuild those savings,” Mr. Whyte said.

Stephanie Iacopino, 63, of Toms River, N.J., who works part-time in retail sales, said that during years of compulsive gambling, she stole money from family members, friends, and clients in the travel business, and ultimately went to prison in 2010 for embezzling about $18,000 from her church.

She said she served nearly four months at the Edna Mahan Correctional Facility for Women near Clinton, N.J., followed by 22 months in New Jersey’s Intensive Supervision Program, which, the state says, is “more onerous” than traditional probation. “We don’t have a nest egg,” said Ms. Iacopino, who is married. “We live paycheck to paycheck.” But she said that while she is struggling financially, she is happy to be recovering from her addiction.

Some women have medical issues associated with gambling, Mr. Whyte said, like bladder problems aggravated by not getting up from slot machines to go to the bathroom. There is anecdotal evidence suggesting that among older people, some medications may lead to compulsive behavior, including a gambling addiction. Decreased cognitive functioning can also interfere with the ability to make sound decisions, he added.

………
There is a strong connection between gambling and substance abuse. “If you are a problem gambler, you are four times more likely to have a problem with alcohol at some point in your life,” he said. “At a minimum, the rate of problem gambling among people with substance-use disorders is four to five times that found in the general population.” (The council operates a national 24/7 help line for problem gamblers and their families.)

Patricia A. Healy, clinical director of Healy Counseling Associates, in Toms River, N.J., which specializes in addiction counseling, said problem gambling among the elderly “is a hot issue and under-noticed in this country.”

“Gambling is the stepchild of the addiction world,” she said. “You can’t smell it, you can’t see it, you can’t observe it,” unless you see someone in action.

For certain people, she said, there is an adrenaline rush and “suddenly they’re in the chase. Sadly for some, it’s a death spiral.” Bus trips to casinos are sometimes arranged to coincide with the arrival of pension and Social Security checks, she said, and cases of retirees who cash in their I.R.A.s and pensions, or mortgage or ultimately lose their houses are not uncommon.

…..
“There is a tremendous amount of shame.”

Neva Pryor, executive director of the Council on Compulsive Gambling of New Jersey, said some older people gamble with money intended for medication and find themselves in desperate straits. Some who become suicidal may “drive out in traffic and get killed so families can collect insurance,” she said.

Sam Skolnik, author of “High Stakes: The Rising Cost of America’s Gambling Addiction,” said the aftereffects of pathological gambling include social costs that range from loss of productivity at work, domestic crime, suicide and harm to families from rising indebtedness, home foreclosure, and bankruptcy. “When the elderly gamble, they are often harmed in a more permanent way, sadly,” he said.

“There’s no question the industry knows that they lose more money than they should.”

Sara Slane, senior vice president for public affairs at the American Gaming Association, which represents casinos, said in an email statement, “While problem gambling has not increased along with the increase in casinos, the industry and the A.G.A. continue to increase their investment and commitment to responsible gaming programs.”

She cited research in The Journal of Gambling Studies that compared telephone surveys conducted in 1999 and 2000 with those from 2011 to 2013 and found that rates of problem gambling remained stable overall and actually declined among women.

Rachel Volberg, an associate professor at the University of Massachusetts Amherst School of Public Health and Health Sciences, who studies gambling, said the state of knowledge about the issue in the United States is still inadequate.

……
“There’s not much support for gambling research in the U.S.,” she said.

……
It wasn’t until 1980 that pathological gambling was designated as a mental health issue in the Diagnostic and Statistical Manual of Mental Disorders, she said: “It’s a relatively young disorder as far as having recognition.”

Ms. Lancelot, of Arizona, who is now retired, said she left prison with nothing but eventually recovered financially. As a felon, getting a job and an apartment was difficult, but she borrowed three months’ rent from her brother, offered to pay the landlord in advance and found work as a secretary with the Arizona state government. Within 10 years, she said, she had two homes, a new car and checking accounts. “I want older people to know that it’s not the end of the world,” she said.

Ms. Pryor, of the Council on Compulsive Gambling of New Jersey, said older adults can protect themselves from potential gambling problems in retirement by seeking help in managing their finances — and in planning how to spend their time — long before they stop working.

……..
“What people need to realize,” she said, “is, they may win a little, but ultimately, the house always wins.”