“According to the National Child Traumatic Stress Network, it’s estimated that 679,000 children were victims of child abuse and out of that number, 1,484 children died as a result in fiscal year 2013.”

“In 1983, April was first declared Child Abuse Prevention Month as part of an educational platform, and in trying to highlight the importance of families and communities working together to prevent child abuse across the globe.”

And it has taken me many years to be able to share this. Taken many years to learn it was not my fault that these disgusting things happened to me. Many years I felt shame, broken, and spiritually trained. That ugly past haunting me until this day. Even after much therapy, overcoming, journaling, healing, walking through all the pain and hurt, today it still haunts my dreams into nightmares.

My psychiatrist tells me this is called, PTSD.  “Just another damn label to place on my back.”
And this was some of the underlying issues of why I got tangled up in addicted gambling. I used it to hide and escape those ugly feelings, hauntings and old pain. So desperate to not remember or feel anything ever AGAIN! When we turn to, and use any addiction to mask how we feel about our past, the damage is that then you don’t feel anything at all except hopelessness.

But why now? Why after all the years of recovery work, the hard inner work that I have done, and for my recovery from addicted gambling and alcohol abuse, why is this still taunting me? Childhood abuse is tough enough to have to accept, why was I chosen as to have my innocence been taken away from me as a little girl? Your left feeling confused, dirty, shamed, broken, hopeless, left in a dark black whole of non understanding of what is happening to me by my abusers, yes there was more than one. Sadly a man in our extended family, and a family friend of my parents. Then you go into the, “WHY ME GOD PHASE.”
.

.
Why God would you have this happen to me? When you get to an age where you find out that what happened to as a little girl was wrong. That it was inappropriate, and men disgusted me. They are sick human beings that shouldn’t be walking the face of this earth!!! Then something happens even more traumatic, all those prayers you prayed to God, to make him die so this boy would not ever lay a hand on me again DIES.   WTF?

He was only 19 years old. A friend’s son of my parents. They found him in his room face down in a pool of blood after he hit his head/temple, he was knocked out when this happened and landed face down. He choked on his own blood and died. I was stunned and shocked all at the same time! So I told GOD that I didn’t really mean it!! I really didn’t want him to die, just not to do those things to me anymore!!!
I just couldn’t process all of it. I felt sick to my stomach that I made this happen. More TRAUMA & Confusion.

Then when the sex abuse stopped? I began a cycle of dissociation. In my teen years I remember hiding in my room a LOT. And when I was around others? I would have a beautiful mask of happiness and comedy about me. No one knew what was bubbling way down below in my soul. They couldn’t see that big black empty hole inside me. Shit, even I had stuffed all this away so deep that at times I would even fool myself that I was happy, healthy and normal.

“Childhood sex abuse has been reported up to 80,000 times a year, but the number of unreported instances is far greater, because the children are afraid to tell anyone what has happened, and the legal process of reporting can be difficult. The problem should be identified, the abuse stopped, and the child should receive professional help. The long-term emotional damage of sexual abuse can be devastating to the child.

Child sexual abuse can take place within the family, by a parent, step-parent, sibling or other relative; or outside the home, for example, by a friend, neighbor, child care person, teacher, or stranger. When sexual abuse has occurred, a child can develop many distressing feelings, thoughts and behaviors.”

.
I’ve never felt normal since this happened to me. This carried into my adulthood. I feel it changed the way I looked at men, my relationships in my earlier years with men, and never feeling good enough. I deemed to gravitate toward men who abused me, I feel it made me more promiscuous at an earlier age. I was also looking for fatherly unconditional love I never got from my own father and also my mother. This also played a part in my relationship choices. Then through my teen years my parents were very heavy-handed when it came to discipline. My father would use a belt, buckle and all, and mom, well anything around her was a potential weapon! Wooden spoon, broom, rake, anything depending on the area of the house we were in.

But as I got older, early and late teens, my parents would use verbal abuse. My parents began the cycle of judging us by the friends we had, hung around with, and how they dressed. My father would also say many hurt full things to me. He had called me a drug addict, pill popper, just because he may have seen one of my friends smoking a cigarette. He even called me a hooker just because he seen the way few of my friends dressed. I just didn’t get why he would say these hurtful things to me? I wasn’t dressed that way. They were so judgmental. At times I couldn’t believe these two people were MY Parents! It got worse. When I got about 30, is when I sought help for the first time for sexual abuse. The therapist I was seeing at the time told me that I would, at some point, would have to tell my parents what happened to me a little girl. I felt sick.
.

.
WHY? Because all those years ago I remember all the lies I was told by my molesters. And I can tell you the biggest fear a child, or even now as an adult, telling someone opens that door to them “Not Believing that this happened to ME and I was telling lies.” It’s what my abusers told me if I told anyone about what he did to me. No will believe you!

So when I got the nerve to finally tell my mom over the phone, I was 31 years old, living in So. Oregon, married to my husband now, and when I told my mom? She freaked!! She went on the defensive as if I was questioning her parental skills. She told me she’d have known if that was happening to me, or to anyone of her kids. I was never trusted again. SO, again, another bitch slap to my face, as all the hurt and pain came rushing back through me like a flood of poison. My own mother didn’t believe me, nor my father when she told him. It was like being abused all over again. Needless to say, our relationship became strained for a few years. And I went on a very painful journey of addicted gambling for over 11 years. Why didn’t they understand this?

That’s when I went searching for something to help escape this pain! I was never a drug user, drugs didn’t do anything for me, and I never really drank a lot, so gambling addiction for me fit the bill! I did however lean toward alcohol the last few years before entering treatment for compulsive addicted gambling. We look for anything to just get rid of the pain and the hurt if you never address the issues. All of this left huge scars inside me. Endless on and off therapy, then Mental/Emotional disorders began to appear. Today I battle daily challenges with Bipolar Manic Depression, Agoraphobia with panic, pain with my depression, mild mania, and now having problems with PTSD again.

.
I had went undiagnosed for years. And the gambling addiction is what finally brought many of the disorders I was suffering from to light. But I’m still in care of a psychiatrist and on meds. I do this for myself, but for others around me. WHY? Because I don’t want to be another statistic. Another person fallen through the cracks of our mental health system. I don’t want to be suicidal ever again. I don’t want to hurt the people I love who support me. Yes, I do this for myself, but also for the people I care for as well. 2 failed suicide attempts were enough for me. I have to much work to do to help others who may suffer the same, maybe in recovery from addictions, and to continue to raise awareness of childhood abuse and sex abuse.

It’s time the public hear our many voices of childhood abuse. It’s time to educate, inform, and SHATTER THE STIGMA around all these important issues many battle with on a daily basis. Don’t feel sorry for me, I don’t. I am not my illness, I am not a victim, as hurt and pain does not rule my world. “Child Abuse and Sex Abuse” should not be happening in our world today! We were abused, so don’t accuse! I am a Survivor!

“I am a face and voice of Childhood Abuse in Healing and in Recovery!” 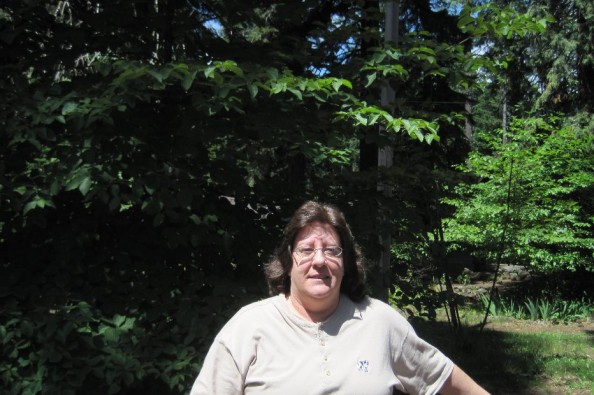