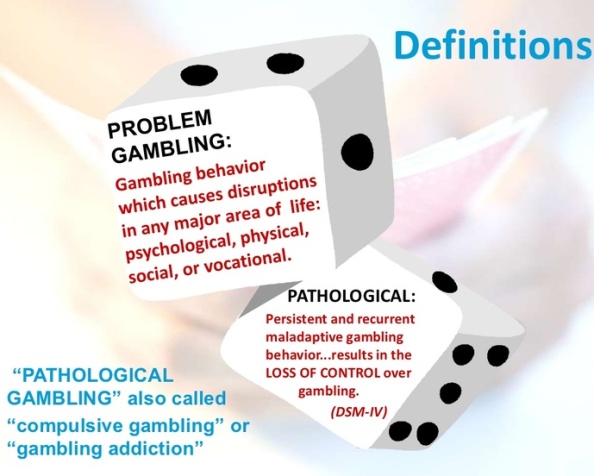 “THIS IS ONE OF THE BIGGEST PUBLIC HEALTH ISSUES IN AMERICA TODAY THAT NO ONE HAS BEEN PAYING ATTENTION TO. GAMBLING!”

“A lot of people think it’s a tax on the stupid,” recovering gambling addict Kitty Martz told the Oregonian. “Really, we’re behaving exactly the way the machines want us to.”

“Gamblers exhibit many of the same problems as other addicts. “Everything you see with substance abuse you can make an analogy to gambling problems,” Martins says, citing family strife, financial hardship, and struggles with depression or anxiety.”

“IF I WERE THE GAMBLING INDUSTRY, I WOULD WANT TO FUND PEOPLE WHO HAD THE DISEASE POINT-OF-VIEW … BECAUSE [THEY ARE] PUTTING THE SOURCE OF PROBLEM GAMBLING BETWEEN THE EARS OF THE GAMBLER.” 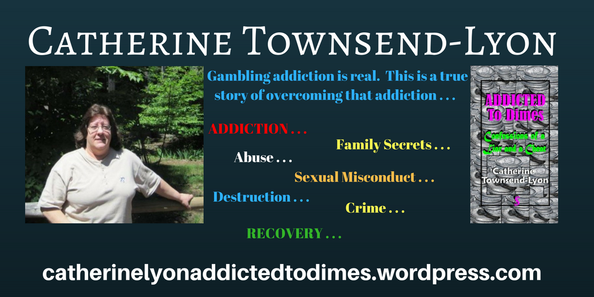 HERE IS WHERE I WALK IN … I was honored to be interviewed, and at the time was written and released by Elaine for ‘Columbia University and The Epidemiology Dept.’ I was happy to help contribute an “inside look” of what addicted gambling, the diseased side looks like deep within my addiction.

As an advocate of addicted or problem gambling and now almost 12-yrs “BET FREE,”  I aim to change the way the public is seeing only ONE SIDE to this so-called activity of  “Fun and Entertainment.”  Because for those who lose control and become addicted?  There is a nasty sinister side to this thing called “gambling” …

People with gambling problems tend to elicit little sympathy. They are seen typically as exercising bad judgment when it is known that the “house always wins.” They have often hurt people they are closest to, both financially and emotionally.

.
“Former gambling addicts readily admit to their flaws. But, like most people, they typically started gambling because it was available, entertaining, and provided a potential if unlikely monetary reward. However, unlike most people who gamble, they became “hooked.” That’s how Catherine Townsend-Lyon speaks of her gambling addiction. “
.

Catherine began playing video lottery terminals at delis and restaurants near her home in Grants Pass, Oregon, at the time, now living in Glendale, AZ. Catherine explains, “sometime after they were introduced in the 1990s, she became obsessed with a game called Flush Fever and soon began playing before and after work and during her lunch hour.” She lied to her husband about her whereabouts and started secretly gambling their mortgage payments.

She stole from the collection company she worked for.  Even when gambling at an Indian casino, sometimes wore bladder control underwear so she wouldn’t have to get up to use the restroom while playing. When she lost money, she played to win it back, and when she won, she played to win more. In an extreme moment, she skipped the funeral of a close friend to drive 40 miles to that Indian casino so she could win enough money to prevent her home from being foreclosed. Instead, she lost everything. She drove home in tears and attempted suicide by trying to slit her wrists but kept blacking out.
.

“It’s like a battle you have with yourself with the triggers and the urges and the obsessiveness. You don’t even have to be in action or sitting behind a machine because you’re constantly thinking about: When am I going to gamble? When am I going to win or lose? It just compounds. It’s exhausting. It’s never-ending,” says Townsend-Lyon, who, after seeking treatment several times, has managed to stay away from gambling for the last seven-and-a-half years.

Catherine says she turned to gambling at a difficult time in her life. She had childhood trauma of sexual abuse, verbal, and her parents were heavy handed with discipline. Those memories kept haunting her and then, with her husband frequently traveling out of town for weeks for work, she found herself bored and looking for a way to fill the time and escape the “old pain” that resurfaced.  She had undiagnosed bipolar II disorder and on top of that had been sexually abused when she was younger, she had not been raised to know to seek therapy.

“I wasn’t a drug person or an alcoholic or anything like that, although I did drink more when I gambled. And because I was gambling, that was my coping skill. That’s what I was using to escape it, those feelings. I couldn’t stuff them away anymore. I would just use gambling to escape, not feel, zone out, you know what I mean?” she said.

She published a book in 2013 about her former life, called Addicted to Dimes (Confessions of a Liar and a Cheat).  “A Liar and Cheat” is what gambling addiction, this cunning disease turned me into.”  What troubles her is how easy it is for people in her position to gamble. She didn’t have to fly to Nevada or even drive to an Indian casino in her state. The video poker and slot machines she played, which are sponsored by the Oregon State Lottery, are allowed at bars, restaurants, and delis.

“[I]f these machines weren’t in the bars and delis, then I would not be gambling. It’s that simple for me,” says a 33-year-old man quoted in a recent series on the state lottery by the Oregonian. He estimates he has lost $15,000 over 12 years from gambling. “That may sound like an excuse, but ‘out of sight is out of mind.’”

For people who are trying to recover from gambling addiction, it can be difficult to find help. Calls per month to the National Problem Gambling hotline are over two-and-a-half times what they were 14 years ago, from 9,642 in 2000 to 24,475 in 2013, according to Keith Whyte, executive director of the National Council on Problem Gambling.

Yet funding for treatment centers, hotlines, and programs to prevent gambling addiction is minimal, says Martins. Funding for substance abuse treatment is about 281 times greater at $17 billion then public funding for problem gambling, at $60.6 million, although substance use disorders are only 3.6 times more common than gambling disorders, according to a 2013 survey by the Association of Problem Gambling Service Administrators and Problem Gambling Solutions.

I urge everyone who visits to take some time and go read the full article written by Elaine R Meyer as the ‘Costs to Health Care from Legal Gambling’ on Pacific Standard Magazine as it will surprise you. Yes, it a bit long but well worth it!  You will read how drug and alcohol funding for treatment is far ahead of gambling addiction treatment and even options available for gambling treatment and resources.

Again, I am aiming to change this by advocacy, writing, and sharing my own recovery from this cunning addiction … ~Advocate/Writer/Author, Catherine Lyon