“Looking At Both Sides”

I’m sure just about everyone around the world heard what took place a while back at a concert being held outside “The Mandalay Bay resort-casino.” October 2017 when a gunman opened fire on a crowd of concertgoers at the Route 91 Harvest music festival on the Las Vegas Strip in Nevada, leaving 58 people dead and 851 injured, courtesy of Yahoo News and originally appeared on abcnews.go.com …

“This is absolute gamesmanship. It’s outrageous. It’s just pouring gasoline on the fire of (the victims’) suffering,” Eglet said. “They are very distraught, very upset over this. MGM is trying to intimidate them.”  ~Lawyer Me. Eglet says for the Victims.

“Last week, MGM filed suit in federal court against 1,000 defendants who are victims of the shootings or other interested parties. The lawsuits are intended to be a self-protective, preemptive strike by MGM. The company says it is only suing people who have already sued MGM or notified it that they plan to do so. It isn’t asking for the shooting victims to pay it any money. Nevertheless, the move has predictably prompted widespread outrage and prompted calls on Twitter” to #BoycottMGM

Does the SAFETY Act apply to a hotel?

The 2002 law is called the SAFETY Act (for “Support Antiterrorism by Fostering Effective Technologies”). Passed in the wake of 9/11, the intent was for the Department of Homeland Security to review security products and services for federal certification. If they received that certification, the law protects their providers from lawsuits in the event of a terrorist attack where those products are in use. It’s worth noting that MGM did have a security firm at the concert at the time of the shooting, and that security firm was certified under the SAFETY Act.

Attorneys for the victims are as outraged about this lawsuit as you might expect. “Their theory is that this security company goes to D.H.S. and gets some type of certificate, and so now MGM is immune, and everybody in the future who hires the company is immune,” Craig Eiland, who represents many of the victims, told the Times. “It’s outrageous, and that’s not what the law is, and we would all be less safe.”

MGM argues the shooting qualifies as an act of terrorism and thus is covered under the SAFETY Act. The Department of Homeland Security has not weighed in one way or another on that question. What is clear is MGM wants to establish, first of all, that MGM can’t be sued for the shooting, and second that it especially can’t be sued in state or local courts.

HOW THE VICTIMS and FAMILIES OF LOVED ONES LOST FEEL?

‘It’s like being kicked again to the ground’: Las Vegas massacre survivors speak out against MGM suit… 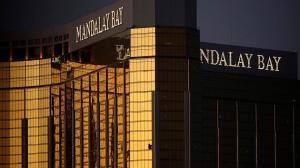 “It brings it all up again, and takes me right back to being helpless,” said Jason McMillan, who was paralyzed from the waist down in the attack.

“Hearing that I’m being sued — it’s not only insulting, it enrages me to think that this company can just try to skip out on their responsibilities and their liability for what happened.”

McMillan vowed not to back down in the fight against the company. 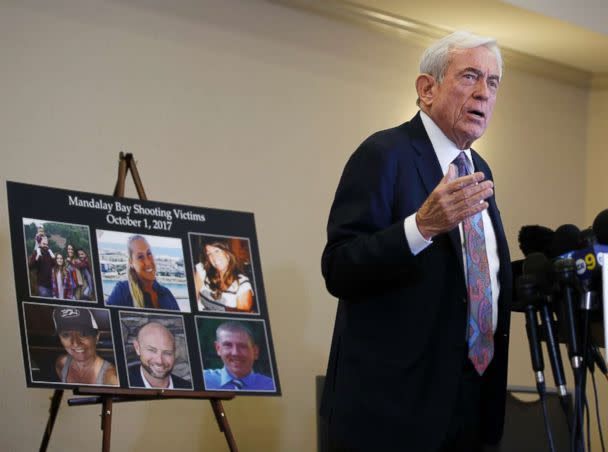 “To blame the victims, to say it’s anyone else’s fault other than their own – it’s absurd. I can’t believe the audacity of them. They’re not going to get away with anything – We’ll keep this going, as long as it takes,” he added.”

The press conference was fraught with emotion, as survivors recounted details of what happened to them or their loved ones in the attack, and their painful journey towards recovery.

Joyce Shipp, 72, whose 50-year-old daughter Laura Shipp was killed in the shooting, said she was still learning to cope with the aftermath.

“I wasn’t at the concert but I live it every day. Every time we go outside we see Mandalay Bay. It’s hard to get that out of your head,” she said.

“The fact that [MGM is] trying to sue us — it’s outrageous,” she added. “That they would have the audacity to put me through that again — It’s like being kicked again to the ground.”

“It is heartbreaking to hear these personal accounts of an unspeakable tragedy. We grieve with all of the victims. No one wins from endless litigation and it will not change the fact that one person is responsible for this horrendous act of violence and he took his own life rather than face justice.” (Partial)

My Own Personal Opinion and Feelings?

Although I do agree with what the MGM spokesperson said about the shooter “taking his own life rather than face justice,”

I still feel strongly that the MGM is just trying to escape taking ownership and accountability for what took place on their property! They checked in the shooter with NO Checking of His Bags which contained loads of firearms regardless if HE opened the window and started shooting at the victims below.

MGM and its shareholders need to “do the right thing here” and drop these ridiculous lawsuits against the victims. You are only making more chaos and trauma for them and prolonging their healing. How about putting your feet in the loved one’s shoes and it was YOU who lost a loved one that night? I’m sure you’d be looking at this the same way as all the victims we lost and the feel the same way these families and survivors are feeling now …

PLEASE Visit to see the souls we have lost:
https://www.ktnv.com/news/photos-remembering-those-killed-in-las-vegas-mass-shooting#

As my thoughts and prayers are still with you! xoxo