,,,
We asked people in the UK aged 18-54 about their interest in watching sports, betting on sports, and playing casino games. Some of the results were expected, but other findings were alarming.

It’s worth noting that we screened anyone that did match betting or arbitrage betting to ensure our dataset was not skewed by those that know how to beat the system.

As a site that teaches profitable betting strategies, and we’ve taught thousands of people via our free beginner course and on-site lessons, it’s saddening to see what appears to be genuine delusion throughout punters in the country.

However, it’s the sheer number of people that think they are profitable — a massively unrealistic quantity — that no doubt spurs bookmakers and casinos, and broadcasters and the media as a byproduct, to shove gambling adverts in the faces of spectators anywhere they turn.

The fact that over half of 18-24 that place sports bets think they are profitable is a sure sign, to us, that there’s a serious lack of education in the betting world — probably made worse by aggressive marketing from bookmakers in the industry.

It’s hard to judge exactly how much marketing affects our data because those that watch sports are obviously more likely to bet on it than those that don’t watch sports.

However, the fact that those who watch football on TV are 33% more likely to gamble on casino games compared to those that don’t watch football on TV suggests that football fans have a subconscious desire to gamble, which must surely be influenced by how often they’re subject to betting and gambling-related adverts.

Another telling statistic is that 35.3% of all sports bettors believe they are profitable — this number rises to 41.24% for those that bet regularly — but only 7.8% of these people have ever been restricted or banned by a bookmaker. As a site with years of experience in the industry, we can assure you that almost all profitable bettors (long-term) are banned or restricted in terms of stakes and access to promotions. Large bookmakers like Skybet claim to have only restricted 2-3% of their customer base — nowhere near this 35.3% supposed ‘winner’ percentage.

Only just over half of these ‘profitable’ bettors knew what a betting exchange was; a type of site that will give higher odds (and therefore more value) on almost all markets, almost all of the time.

One of the most disturbing findings is that 29.55% of all people that play casino games believe they are profitable players. 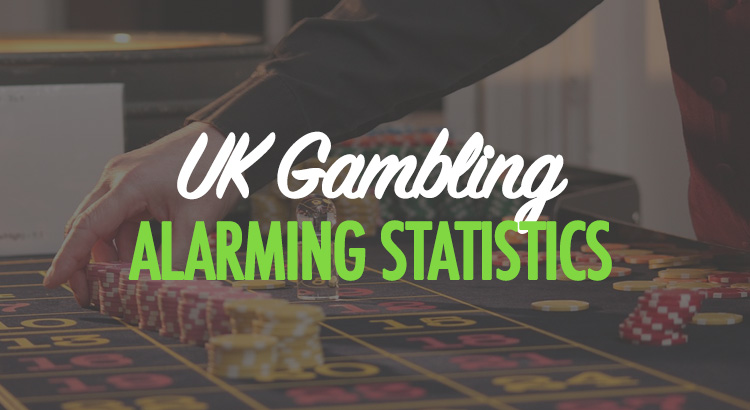 We already know, due to the pre-survey screening, that none of these people know how to beat casinos. Without them knowing how to exploit casinos, we can confidently say that 0%of these people play casino games profitably long-term.

A very small number of people may have hit a big win, combined with playing infrequently, which would lead to them thinking they were profitable. But there is no way that ‘very small number’ could be anywhere close to 29.55% of people, which means there are likely millions of uneducated people in the UK that think they can actually beat casinos using some form of strategy or system.

“We know you can’t ‘beat’ casinos without exploiting them: even playing the perfect blackjack game loses you around 50p on every £100 staked in Expected Value.”

The Findings People that watch horse racing were by the most likely to place bets out of any sports viewer, with only 2.6% of horse racing fans saying they never place wagers.

Here are the following percentages of people that bet based on what sports they like watching on the TV:

People that bet online were more likely to bet more money each month compared to that 35.3 % of sports bettors believe they are profitable. Only around half of these know what a betting exchange is; the type of site where bettors are most likely to find actual value.

Only 7.8% of people that believe they are profitable have never been banned or restricted (stake limits or removed promotional access) by a bookmaker before. This is despite the fact that all bookmakers in the UK will restrict punters that demonstrate any level of skill that could beat them in the long-term.

People that bet on sports in-play (whilst the matches or events are taking place) were 2.2 times more likely to say they believed they make a profit than those that don’t live bet.

Of people that watch sports regularly, men are more likely to bet, and bet more often, than women:

Men also believe they are more profitable than women, with over 22% more men believing they turn a profit via the bookmakers.

Young people appear most affected by this ‘profit delusion’. Those aged 18-24 were significantly more likely to believe they were profitable, with 58.5% of people in this age thinking they make a profit. As we have established already, those that are actually skillful and profitable will be restricted by bookmakers, and only 7.8% of those profitable bettors in this study are restricted. This is nowhere near the 58.5% of youngsters that think they make money in this way.

81.2% of people that never bet on sports also never play games such as blackjack, roulette, slots or bingo.

In comparison, those that do make a wager on sports regularly were 3.9 times more likely to play this casino games than the average non-sports bettor.

Unlike in sports betting, where there can be a level of skill demonstrated, fixed odds casino games are impossible to beat in the long term. However, 29.6% of casino game players did consider themselves profitable players, showing a real lack of education in the industry for players.

Those in low-income brackets were 8% more likely to believe they were profitable casino game players than those in higher income brackets, which could be down to a lower average level of education.

Fans of watching football on TV were 33% more likely to play casino games than those that do not like watching.

Could this be the effect of having so many gambling-related adverts during matches being played, and on sports TV channels in general? …