My weekend guest article is by a special friend of mine, Christine H. and is for ALL PARENTS. When addiction happens to become part of our life journey, we need to remember that it does affect all the people around us, even our children.

So we need to make sure when coming into recovery? We need to include our children as they to may need help and begin to heal. For you as a parent and for children, it can be a learning and teachable lesson for all…

Turn Your Addiction Journey into a Parenting Asset ~ By Christine H.

We’re all aware that our actions have an affect on those around us, but sometimes we don’t really realize the magnitude of that impact. This is especially applicable to our children. Especially in their early years, they learn everything they know from us. Like a sponge, they absorb our actions, attitude, and behaviors and adopt them as their own. Because of this, we may not realize that our own personal challenges are also reflected in our children’s lives, in one form or another.

None of this is meant to make parents feel guilty, or feel sure that they have ruined their children’s lives because that’s just ridiculous. However, it’s important to understand that you’re not alone in your struggles. They affect the people around you. And to tell the truth, that’s not always a bad thing!

Your children may project your issues onto themselves

Because a child has a difficult time interpreting what causes any sporadic behaviors due to your addiction, it’s highly possible that they’ll project these issues onto themselves, and blame themselves for certain behaviors or sorrows of yours. They could very easily think that there is some action that they’re making that is causing you to be upset.

It’s possible that they’ll draw imaginary connections between your actions and their own, assuming that you’re upset because they forgot to clean their room, or because they asked you for something you didn’t want to give them. They’ll begin to assume that these issues are caused by them, and without anyone to reassure them that they are not at fault, they can start carrying psychological burdens that are unnecessary. 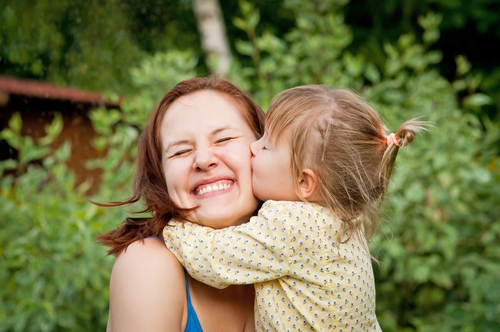 Family therapy can help you troubleshoot

That’s why family counseling can be especially helpful when a family is confronting challenges associated with addiction. In a safe place, your child can be clear and honest about their concerns, and you can address them with the love and assurance that you want to.

Even if you feel like your child has a healthy life and good habits, it will be helpful for them to seek help and therapy for your addiction. It could be because they need emotional support, to validate the way that they’re feeling and that the addiction isn’t their fault. Or it could be helpful to instill good habits in them while they’re still impressionable, so they’re able to function well as adults.

Many studies explore the relationship between addiction and genetics. Despite thorough research, the reason that addiction tends to echo down through generations isn’t perfectly clear. That being said, it seems that there’s a mix of environmental issues that perpetuate the cycle, as well as strict biological factors that are passed from parent to child.

Counseling and working to build a healthy lifestyle for your family in the future can help you overcome environmental issues that contribute to addiction. And when it comes to the biological factors, just remember this: forewarned is forearmed. The more you understand about your own journey through addiction, the more you can help your child set healthy patterns in their own life that can protect them from repeating a harmful cycle.

Turning your journey into a positive thing for your children

Have you ever thought about the ways that your journey through addiction recovery can benefit your children? Most of us think that it’s a handicap, but in fact, it can be turned into an asset. Group or individual therapy that most of us participate in through addiction recovery can equip you with special tools. It allows you to communicate more effectively with people around you, to identify triggers, adjust behavior, and transform negative patterns of thinking. What a great legacy to pass on to your children!

There’s one more reason that your history can be turned into an asset for your family. Did you know that studies of school-sponsored drug education have found that scare tactics and stats have almost no impact? The only thing that really helps is something quite rare: honest conversations and testimonials from people who have experienced addiction themselves.

Parenting is never easy, and parenting when you also struggle with addiction is a colossal feat. However, most parents eventually learn that they’re exactly the parents that their child needed. You are uniquely equipped to help your child navigate their own journey through life, and your experience with addiction is part of your parenting arsenal…

Once upon a time there were 3 Sisters, and life seemed to get in their way. That’s ME of course the “crazy” looking kitty, and my older & my younger sisters. Gee, where to begin?
.
When I still lived at home in So. California, where the 3 sisters were raised, via New Jersey, due to our dad was career Air Force, we moved to CA in 1970. We were like many other sisters, except my younger sister wasn’t born until a few years after we got to CA. She happened to be that OOPS,  when dad got fixed, but never went back to see if the fix worked,…LOL.
As we began to grow and get older, we were like other sisters who played, fought, begged to follow “Big Sister” where ever, all those sorts of things sisters do until I went through some traumatic events as a young girl.
.
I became different and more withdrawn. I became the true “black-sheep” of our family. My parents, nor my sisters never noticed, and when they did they made jokes, or made fun of me, along with my older brother. But of course we were all younger and they all had no idea what was happening to me. As I got into my teens, I started to feel more different. This can happen when one is sexually abused. I was threatened by my abusers not to say a word because my parents would say I was making it up, and wouldn’t believe me. That my parents would beat me, punish me for telling lies about them. Then the “Reward” after each inappropriate encounter,…candy, or ice cream, the arcade, then again more lies & threats. So I kept to myself, a lot, and my parents had no idea what was happening to me. I was a monster as a child. I remember my mom telling me this and other things about my childhood the few weeks we spoke in the hospital before she passed. Those and the good childhood memories, and the peace my mom & I made are what I carry in my heart today. When we learn to forgive in recovery? It can sometimes void out most of the “Bad,” but for me, childhood scars remained…
.
So as grew up, my older sister was also “picked on” at times, as she had a difficult time keeping weight off, and I remember our neighbor kids calling her fat, or Crisco in a can, even my dad and brother. Many need to understand that these verbal words can leave scars. She was always the shy one of the three us. She was more a home body, quite, and only had a couple close girl friends. She never dated much through High School, and when she did meet the love of her life, she was married at 17, right out of High School. She began her life as a mom, wife, and worked part-time. I spent a lot of time with her and my brother-in-law Mike,  because I hated to be home. My mom was a heavy-handed disciplinarian, so I stayed with them a lot on the weekends. My younger sister was more a mama’s girl, and that went on into her adulthood, and seemed when my mom passed she took over the role of “Bad Behaviors” my mom had.  She lived with my parents on and off, mostly on, until she finally got married and moved to Long Beach with her husband in 2003, right before my mom passed.
.
But in 1992 it seemed everything changed. My older sisters husband Mike was diagnosed with cancer. It was May, 1992 and he was gone by November, 1992.  It was really the first time we lost someone close in our family. My older sister would never be the same. Since then, it seemed our family declined from there. By then I had been through 2 short marriages and divorced, and had moved and been living in So. Oregon by then for a few years. My brother was also on his 3rd marriage, as my mom seemed to medal in all of them, and 2 of his ended in divorce, and a 3rd on the way after, and due to a huge argument after my moms wake at my brother’s house.  One thing that seemed to change was my relationship with my older sister.  See, when I flew home for her husbands funeral. I got there a few hours before the viewing that evening at the chapel. My brother-in-law had been in the hospital early the month before, so I drove down to spend time with him, knowing it most likely would be the last time I’d see him before he passed. Before going home after my visit, which I had a 931 mile drive ahead of me to Oregon, I went to the hospital the evening before and spent an hour or so with him. I loved him like my brother. We had a lot of wonderful times together.
.

*Something I Pray For Everyday*…
.
.
God Bless All,
Catherine Townsend-Lyon
Author Of “Addicted To Dimes” (Confessions of a liar and a Cheat)
http://www.amazon.com/dp/0984478485