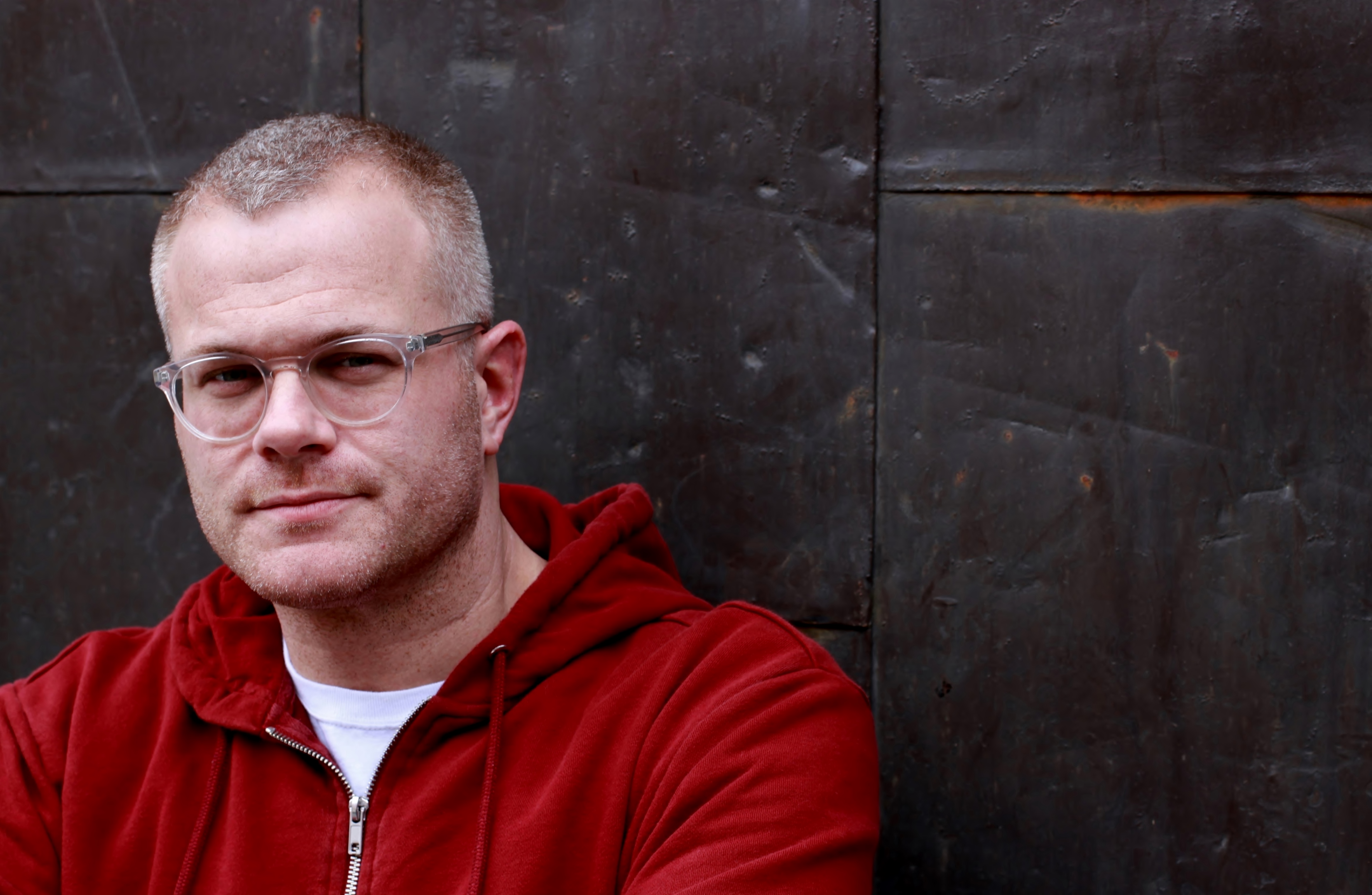 Published by Medium on June 18, 2020. Original article can be found here.

“Nobody should have to compromise themselves or hide to save their life.”
~Ryan Hampton, Author/Activist

Back in the Closet: Surviving Homophobia, Heroin, and Rehab in an Intolerant World

At the peak of my heroin use in 2014, everyone knew something was wrong. My track marks, broken veins, dilated pupils and sunken cheeks told the whole world that I had a problem. My illness was obvious. What they didn’t know was my secret: I was gay, too.

By the time I reached my bottom, I had slowly come to terms with my identity as a gay man. My immediate family, my mother, and sisters knew. I was beginning to get comfortable with my sexual identity. I was even beginning — very cautiously — to see other men. I had one foot out of the closet. But I was still injected heroin multiple times a day.

My addiction consumed me, making me into a shadow of my former self. An estimated 20 to 30 percent of the LGBTQ community misuses substances, compared to about 9 percent of the population as a whole. I was no exception. The double stigma of homosexuality and addiction made it hard to find help.

Nobody seemed to care except my family. I couldn’t keep a job and bounced from couch to couch in Los Angeles, sleeping wherever I could. I used in public bathrooms and nodded off next to the toilet until someone rattled the door. I dragged my belongings around in a black plastic garbage bag. I ate at the homeless shelter, limp sandwiches that I could barely choke down. I barely felt human. Yet, my identity was there, even when I was completely checked out. I wish I could say that but at the bottom of my addiction, who I was didn’t matter. 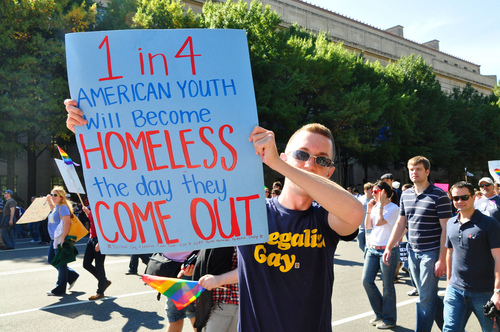 Even in California, in a city where it was relatively safe to be out as a gay person, there was only one LGBTQ rehab that was available to me. Most of the programs were private-pay only, which meant they cost tens of thousands of dollars per month — completely inaccessible to someone like me who relied on public assistance.

The only public program that openly served the LGBTQ population was booked solid. Other public programs said they were queer-friendly, but I knew that wasn’t true; about 70 percent of the addiction treatment services noted as specialized for LGBTQ people were really no different from those provided to heterosexuals. This particular rehab was a good one, and I went there almost every day for their 12-step meetings, begging for help.

“Please,” I pleaded with the receptionist. “I just need a few weeks of treatment. I won’t even take up a whole thirty days.”

The program director, a gay man who was supportive and compassionate toward me, came behind the desk. “Let me see what we can do for you,” he said.

My heart lifted. Maybe he’d be able to get me a bed, maybe there was space in their program for me. Maybe, this time, I’d find help in a place that really understood me.

He pulled a hefty, ringed binder out of a filing cabinet and laid it on the desk with a thump. It was thicker than a Bible. Loose papers protruded from its edges. The black plastic edges cracked with wear. The director flipped it open, slowly turning one laminated page after another. Some of the pages were crumpled, as though they’d been through the wash. When he got to the very back, he clicked the button on his ballpoint pen.

“Give me your phone number and we’ll call you as soon as something is available,” he said.

“When will that be?” I asked. My eyes were burning.

“Hard to say,” he said. He wrote my name down. “When we have an open bed, we start calling these numbers, in the order therein. When somebody answers, we offer them the bed. If they say yes, it’s filled. If they say no, we call until we find a person who is ready for treatment.”

I eyed the binder. “There are hundreds of names before mine,” I said. “I could be dead tomorrow. I don’t have time to wait for help.”

He sighed and put the pen to the paper. “I know, Ryan. We’re doing what we can. Give me your number and keep coming to the meetings.” Keeping a phone was a challenge, but I did it. I waited for that call every day, even when I was jiggling a syringe into my arm. I told myself that all I had to do was not die.

Through sheer luck, I did survive long enough to get into treatment. But after a few days, I was transferred to a different program — a program that wasn’t explicitly LGBTQ friendly. I’d had one toe out of the closet, and when I was transferred I went right back in and shut that closet door — again. I instinctively understood that if I was going to survive, stay healthy, and make it into recovery, I couldn’t be gay, too. Nobody could know.

The new program was divided by sex: girls and guys. It was like middle school, with teasing, flirting, scheming, and gossip passed between our separate dorms. I was the only gay person there. Even the counselors were straight. If I came out, I knew I risked being ostracized or bullied, treated like a sexual deviant, or being made to feel like an outsider. I couldn’t risk that.

Instead, I kept my mouth shut and pretended to get it when the other guys would talk about which female client they were going to hook up with, or how hot some movie star was. I knew better than to put my ‘two cents in’: one comment about Jennifer Lopez’s nice eyes or Angelina Jolie’s commitment to humanitarian aid would give me away. I was a man, but I wasn’t a straight man.

Hiding nearly caused me to relapse. Keeping a secret about myself, especially something of that magnitude, made me sick with anxiety. It was like walking around with a gut full of hard-boiled eggs. I was terrified that some gestures or words would give me away. Finally, when it was time to start one-on-one counseling, my mom called me.

During my first counseling session, I could barely sit in the chair. My legs twitched, and I must have looked like I was on amphetamines.

“Everything OK?” the counselor asked.

She shrugged and looked down at my intake forms, trying to assess where to begin.

Those two words — I’m gay — were the key to my freedom. The counselor just nodded. She didn’t mark it in my chart or ask me why I hadn’t said anything before. We proceeded, working together a few times a week.

Feeling accepted, and knowing that my identity was acknowledged made it possible for me to open up in counseling. I finally started sharing about the sexual trauma I’d endured as a very young person, my fear that I would never be able to openly date, and my worry that I would be excluded from the recovery community. I talked through those things, and though I didn’t come out to anyone else in treatment, that one admission was enough to break the ice.

I stayed mostly closeted for the next couple of years. I also stayed sober, transferring to a residential sober living that supported my recovery. My best friend Garrett knew, and while some guys teased us for being “boyfriends,” it was playful. We were inseparable, and enough of our female friends came over to visit that we could laugh off the insult.

Because to almost everyone, “gay” was less-than. It was a way to put others down. And even those passing, “just a joke” comments hurt me and made it harder for me to trust that I belonged in the recovery community.

However, time passed, and the stronger I felt about my recovery, the more confident I felt about the rest of my identity too. It took almost four years to say the words, “I’m a proud gay man in recovery.” But I did say them, and when I did, I knew I was finally healing from both my addiction and the trauma of my past. I wasn’t hiding anymore. I was out as a person in recovery and out as a gay man. If people didn’t like it, well, that was their problem — not mine.

Coming out in recovery was one of the scariest things I’ve ever done and the best things too. I was willing to speak up and share my truth, even though it meant risking the community connections that kept me alive. Showing up for my recovery with all of me saved my life. It also introduced me to the love of my life, Sean, who I am marrying this November.

My only regret is that I felt I had to hide my self early in my recovery. Stigma, homophobia, and intolerance are still very real issues in the recovery community, both in treatment centers and in the support systems that help people get healthy again. I wonder how many LGBTQ people, unable or unwilling to stay closeted, were kicked out of the same program that I went to; how many of them left because they couldn’t stand being bullied or threatened by the other residents?

How many trans women were unable to find a treatment center that accepted them and offered trans-specific services and counseling? The odds are bleak for those of us who are already outsiders in a homophobic, intolerant society. My white privilege helped me keep one foot in the door, but that shouldn’t be a requirement to access life-saving care. 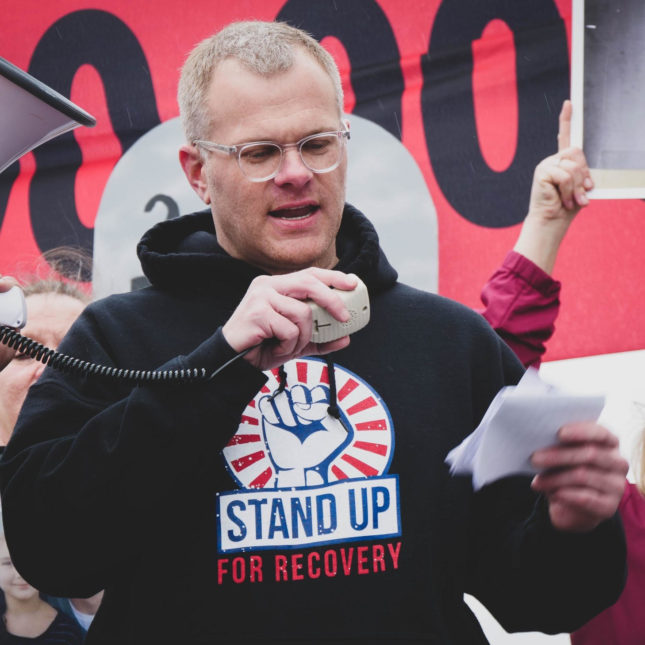 …….
“I know how lucky I am to have survived addiction; adding my identity to the mix makes me feel like I dodged lightning. Life on the other side of treatment, with years of recovery under my belt, is better than I could ever have imagined. I wish I hadn’t waited so long to have this experience.”

I wish for others, who are like me and struggling to find their place in recovery, to know that they don’t belong in the closet either. The answer isn’t hiding; the answer is building a system that includes all of us. Every person who asks for help should have it, regardless of their identity or orientation, race, gender, or expression.

Navigating recovery is hard enough. When I brought my whole self to the table, I left the closet behind. I’m holding the door open, too — because nobody should have to compromise themselves or hide, in order to save their life.

Ryan Hampton is an activist in recovery from heroin addiction and author of “American Fix: Inside the Opioid Addiction Crisis — and How to End It.” Organization founded: The Voices Project