Our Guest Article Today is courtesy of the fine folks of Southern Region Problem Gambling Conference and The National Council on Problem Gambling … They both put on conferences about Problem Gambling that are informative for many State Councils like Georgia, North Carolina, and all over the US to spread information and awareness about the negative impacts problem gambling has in all our States and Communities …

“With high profile deaths such as Kate Spade and Anthony Bourdain, the issue of suicide and the stigma surrounding mental health have remained the center of many conversations throughout the United States and abroad. A recent report published by the Centers for Disease Control and Prevention reveals that from 1999-2016, suicide rates have steadily increased throughout the United States.

In the states like Florida, suicide rates have risen approximately six to eighteen percent (6-18%).

How does this affect the field of problem gambling?”

Prevalence of Suicide Among Problem Gamblers

Problem gambling, known as the “Hidden Addiction,” gets its nickname due to the fact that many symptoms do not present themselves physically as is the case in substance addictions. This means that many individuals suffering from Gambling Disorder often do so alone, potentially increasing feelings of isolation and depleting self-worth.

According to the FCCG’s Annual HelpLine report, twenty-six percent (26%) of 888-ADMIT-IT callers reported having suicidal ideation. Additionally, sixty-six percent (66%) of callers reported having depression, and seventy-two percent (72%) revealed they are struggling with anxiety. It is important to continue to recognize this population of problem gamblers and increase efforts of prevention and treatment.

Although we are unable to pinpoint the exact reason for such a strong connection between suicidal ideation and Gambling Disorder, it is possible that finances play a role. Research indicates that historically, suicide rates have been higher during economic downturns.

What Can We Do?

Unfortunately, the vast majority of suicide victims are not diagnosed with some form of mental illness or disorder until after their death. It is believed that approximately ninety percent (90%) of individuals who take their own lives were living with an undiagnosed mental illness, illustrating the need to destigmatize mental health in the United States. Continuing to have conversations with friends and family regarding mental health is the first step to ensure fewer people suffer in silence but don’t stop there.

( To interject here, this happened to me after my first failed suicide attempt in 2002. While in the addiction and mental health crisis center, and once I became stable, both my primary doctor and the centers’ psychiatrist and after a full evaluation, I was suffering from severe depression, high mania, and anxiety, and PTSD and went undiagnosed until my gambling addiction brought the symptoms to the surface through my addiction. I was using gambling to escape the trauma and sexual abuse I went through as a little girl and had tried to stuff it away for years.)

“Currently and just had a rise from 1% and now 2.6% of our population are problem gamblers.”

Gambling can be found everywhere from physical casinos to a multitude of online websites and apps. It is easier than ever to gamble in the privacy of home or on the go with a smartphone. It’s easy to place bets with PayPal, credit cards, bitcoin, or money-transfer apps. All of this ease has led to an increase in gambling addiction across the world.

Problem gambling can become a compulsive behavior and gambling can be emotionally addictive. Addictions to behaviors (as opposed to addictive substances) are known as “process addictions,” and, just like substance addictions, they require supportive treatment. Specialty rehab programs and support groups are available for people who struggle with gambling addiction. If you or someone you love struggles with gambling behavior, you are not alone. One look at the statistics behind gambling addiction reveals that this problem is prevalent…

The North American Foundation for Gambling Addiction Help and The National Council on Problem Gambling reports that approximately 2.6% of the U.S. population has some type of gambling issue. That adds up to nearly 10 million people in the United States who struggle with a gambling habit. This issue adds up to approximately 6 billion dollars each year, which impacts the U.S. economy and citizens.

Gambling costs American taxpayers. Public funding for problem gambling went up to $73 million in 2016, but despite those costs, gambling remains regulated by each state and is not federally regulated. Ten states (and the District of Columbia) do not offer any publicly funded gambling assistance. These funding discrepancies mean that public treatment services can vary widely from state-to-state, and the level of care in publicly funded programs also varies greatly. 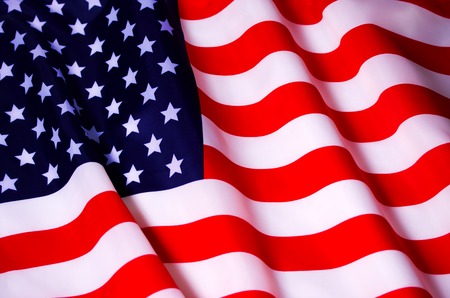 The U.S. federal government has largely left gambling regulations up to each state, which means that gambling may be illegal where you live, or it may be advertised on every street corner, as it is in places like Las Vegas, Nevada. The result is a patchwork of awareness campaigns and treatment programs that vary widely in their responsiveness.

States that discourage or prohibit gambling tend to not offer awareness campaigns, and as a result, people who gamble through their phones or computers may be missing information about the dangers of gambling. Awareness of the problem is key to making changes for the better.

Gambling doesn’t only devastate individuals; it is a family issue. Because this particular problem directly impacts family and personal finances, family members who have gambling problems often hide their issue and feel a great deal of shame and secrecy. In severe cases, the problem may go undetected until finances become a major issue. Gambling can destroy relationships, but it is possible to rebuild trust and rebuild finances. No gambling problem has to be permanent.

The National Council on Problem Gambling operates the National Problem Gambling Helpline Network (1-800-522-4700). The network is a single national access point to local resources for those seeking help for a gambling problem. The network consists of 28 call centers which provide resources and referrals for all 50 states, Canada and the US Virgin Islands.  Help is available 24/7 and is 100% confidential.

The National Problem Gambling Helpline Network also includes text and chat services. These features enable those who are gambling online or on their mobile phone to access help the same way they play. One call, text or chat will get you to problem gambling help anywhere in the U.S. 24/7/365.

Help is also available via an online peer support forum at www.gamtalk.org.