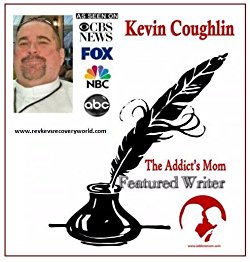 I am very excited and honored to have my good friend, fellow author and “Addiction Recovery Expert,” Rev. Dr. Kevin T. Coughlin, Ph.D., DCC, DDVA, DLC, DD, NCIP, NCAMP, IMAC, with us today. He has written a new article for us about how teens are having problems with and now becoming addicted gamblers. The many types of gambling options and venues are growing along with expansions of casinos happening everywhere, it has now reached our teens and college-age kids. But before we get to Kevin’s article, let’s learn more about this Addictions Expert!

About Kevin The Author, Advocate, Reverand, and Expert!

Kevin Coughlin is a Best-Selling Author and Award-Winning Poet who has dedicated his life to helping others. Through Education, Awareness, and Prevention Rev. Coughlin has helped thousands of individuals who were afflicted with the disease of addiction, their families, and loved ones. He has trained hundreds of professionals in the addiction recovery industry and in the professional coaching arena. He has decades of life experience, education, work-related experience; however, perhaps the most valuable information that Rev. Dr. Coughlin possesses that sits atop of his incredible resume is wisdom.

Reverend Dr. Coughlin was a Founder and Board Member of New Beginning Ministry, Inc., a twelve-step residential addiction recovery program for adults, he served for two decades. Rev. Coughlin has helped thousands of individuals and their families to change their lives over the past twenty plus years. With over forty plus books under his belt, he has developed over a dozen manuals and curriculums for both live classes, webinars, and self-study classes on professional coaching, addiction recovery, ethics, and other subject matters.

He has published thousands of articles as a blogger, guest blogger, ghostwriter, and professional writer. Rev. Kev has written as a Blogger/Writer for ‘The Sober World Magazine,  Keys to Recovery Newspaper, Sober Services, Inc., Contentwriters.com, Fromaddictict2advocate.com, Twodropsofink.com, RecoveryView.com Online Journal,’ and for small press, newspapers, magazines, websites. He has been seen on many major media networks of NBC, ABC, CBS, and Fox. He is a two-time World Champion and nine-time National Champion State & National Record Holder Power Lifter, a gentle giant who has championed many in his career. He lives Beach Lake, PA with his two doggies 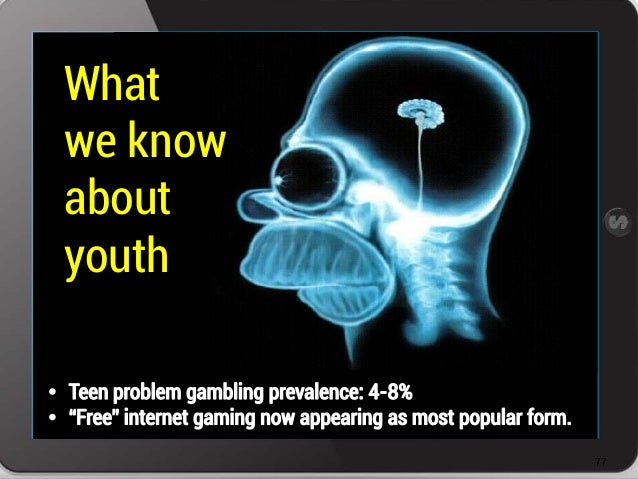 The Key to Pathological Gambling Treatment is the Brain; however, is our nation aware of the storm that is headed directly at our teens?

Alcoholism, substance use disorders, and process addictions, or behavioral addictions such as pathological gambling may affect the brain in the same way, according to some experts. Research at Imperial College London has identified two areas of the brain that scientists believe cause pathological gambling. The study showed that the connections in the brain responsible for impulse control may be weaker in problem gamblers. Other studies have demonstrated that 78% of Problem Gamblers had an alcohol problem, 38% had a drug problem.

“Gambling addiction can have a devastating effect not just on patients, but also their families.” – Dr. Henrietta Bowden-Jones Director of the National Problem Gambling Clinic and Imperial Research team.

This new research identifies keys area of the brain and will help to develop targeted treatments to help prevent cravings and relapse. When pathological gamblers experienced cravings, the researchers identified two areas of the brain that became highly active were the insula and the nucleus accumbens, located deep within the brain and key to decision making and reward and impulse control. These are the same areas of the brain that have been previously linked to substance abuse and alcohol addictions. The Imperial study was carried out using nineteen problem gamblers and nineteen healthy volunteers.

MRI scans were utilized to monitor the brain activity of each individual as they were shown pictures of gambling activities; they were then asked to rate their cravings when they viewed each image. The experts found that the insula and nucleus accumbens were highly active when the problem gamblers experienced cravings when shown the images. The experts noticed a weakness between these two areas of the brain, known as the frontal lobe, which helps individuals make decisions.

The frontal lobe could be key in helping to keep the insula in check and controlling impulses. This same type of weakness in the frontal lobe has been identified in substance abuse research. The frontal lobe also can help control impulse, so it makes sense that a weakness here may contribute to individuals being unable to stop gambling or ignoring negative consequences of their actions when gambling. Recently the Surgeon General has defined addiction as a chronic brain disorder that has the potential for both recurrence or recovery.

Research in neuroscience suggests that the process of addiction is a three-stage cycle: binge/intoxication, followed by withdrawal/negative effect, and then finally preoccupation/anticipation. Progressively, the cycle will worsen and become more severe with continued abuse. Changes in brain function are dramatic and reduce the ability to control the addiction.

There are disruptions in the basal ganglia, the extended amygdala, and the prefrontal cortex that enables cues to trigger substance seeking, heighten activation of stress systems of the brain and reduce brain sensitivity systems in the experience of reward and pleasure, reduces systems that control decision making, actions, emotions and impulses, known as the executive control systems of the brain. People are motivated to continue their addictions by euphoric or pleasurable feelings, despite the risks and negative consequences involved. Continued misuse of substances causes progressive changes in the structure and function of the brain called neuroadaptations. These can produce continued cravings that can lead to relapse.

The Imperial research was conducted using MRI studies, an MRI shows the physical anatomy and structure of the brain. Dr. Amen uses SPECT brain imagery which shows how the brain works, blood flow and activity. Dr. Daniel Amen from the Amen Clinic is one of the leading Doctors in the world of brain imagery and understanding changes in the brain. He has been involved in over 125,000 brain SPECT scans which look at blood flow and activity in the brain.

Dr. Amen’s research has shown that addiction changes the brain, emotional trauma can be distinguished from physical trauma, the brain can improve, everyone’s brains are not affected the same way, and that past brain trauma can lead to addiction and many other things. Dr. Amen’s research also showed that marijuana smokers had lower blood flow to the brain and lower brain activity than non-smokers.

• Determine if there are co-existing conditions requiring treatment

• People realize that addiction is a brain disease, not a personal weakness or character flaw

• Patients gain a better understanding of their brain through visuals

• Determine if treatment is working correctly
. 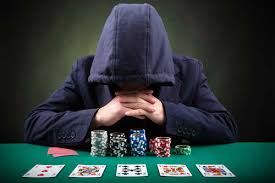 There are six different types of addiction-prone brain patterns.

Type One is Compulsive Addicts, Pathological gambling would fit type one. Individuals tend to get stuck or locked into one course of action and don’t see the options they may have. Most commonly, this type of brain SPECT finding shows increased anterior cingulate gyrus activity, which is usually caused by low serotonin levels.

Type Two is Impulsive Addicts, the most common finding in this group is low activity in the prefrontal cortex, likely due to low levels of dopamine. The PFC is involved in judgment, impulse control, planning, follow through, decision making, and paying attention. This type is often seen with ADD and ADHD and is more common in males.

Type Three is Impulsive-Compulsive Addicts SPECT scans here tend to show low activity in the prefrontal cortex, likely due to low dopamine and too much activity in the anterior cingulate gyrus likely due to compulsivity and low serotonin. Common in children and grandchildren of alcoholics.

Type Four Sad or Emotional Addicts, individuals with this type often use alcohol, pain medications, marijuana, or food to medicate underlying feelings of depression, loneliness, and boredom. Common in women, can worsen in winter. Typical SPECT findings here are increased activity in the deep limbic system and low activity in the prefrontal cortex.

Type Five are Anxious Addicts, people of this type tend to use food sleeping aids, marijuana, alcohol, and painkillers to medicate underlying feelings of fear, anxiety, tension, nervousness. More commonly seen in women, this type seems to suffer from physical symptoms of anxiety. People with this type tend to be extremely shy, predict the worst, and easily startled. SPECT findings here: too much activity in the basal ganglia, likely due to low levels of GABA.

Type six are Temporal Lobe Addicts, people here tend to have problems with memory, learning, mood, and temper. Abnormal activity in temporal lobes is usually due to past head trauma, infections, lack of oxygen, exposure to toxins, or can be inherited. SPECT findings decreased activity in the temporal lobes and at times excessive increased activity. Even though the six types have some commonality of symptoms, each type has its own set of symptoms and specific treatments.

Dr. Amen says, “One size does not fit all: what works for one person with an addiction may not work for another or could even make the symptoms worse!”

Professor Nancy Petry of Psychiatry at The University of Connecticut’s Center for Gambling Research and Treatment stated that with the rise in online gambling among our young people, comes a greater danger of addiction. In a recent study, Professor Petry found that internet gamblers were more likely to have serious gambling addiction problems than other gamblers.

“Teen gambling is the fastest growing addiction today. Approximately one in eight of the eight million compulsive gamblers are now teenagers.”
.

When you look back over the past fifteen years there were virtually none. 80% of all teenagers gamble in some way and 15% are problem gamblers. Dr. Jeremiah Weinstock, an expert on teen gambling from The University of Connecticut, believes that between 4% and 7& of all teenagers suffer from a gambling addiction that involves clinical depression, huge debts, disruption of relationships, and/or involvement with organized crime. David Robertson of The National Coalition Against Legalized Gambling said, “Teenaged gambling, like alcohol and drug abuse in the 1930s, it’s the fastest growing addiction. It’s pernicious, it’s evil and it feeds on the weakest.”

It’s an exciting time in the addiction recovery field with all the advances in neuroscience, technology, treatment, recovery coaching, and aftercare. It’s clear that brain health is as important as any other part of the body, perhaps more important. It also seems clear that not everyone is the same and testing like SPECT imagery can help treatment professionals know how to best help each individual. The key to treating Pathological gambling is the brain; you can bet on it! It’s also a time of great concern for our young people who are already battling substance abuse and now may be headed directly into the eye of the unpredictable raging storm of Pathological Gambling! 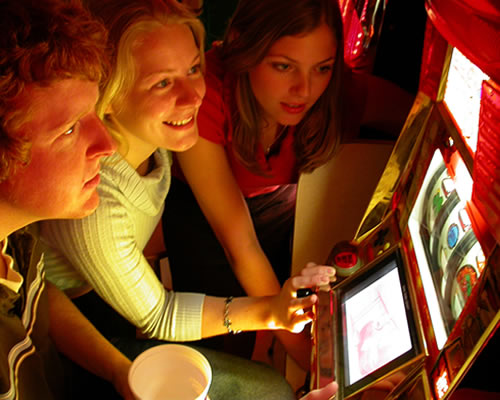