Clinton, In Concession Speech:U.S.
“More Deeply Divided Than We Thought” 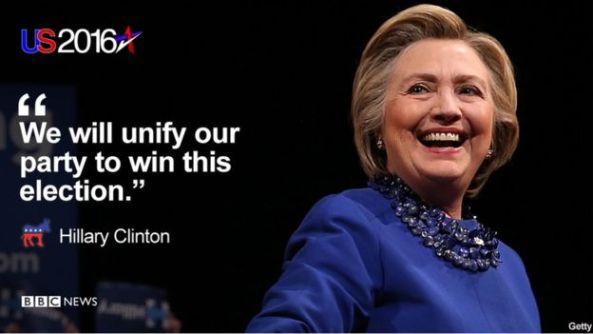 WELL, that clearly didn’t happen last night while I was asleep snug in my bed! I woke up this morning thinking I must had a very BAD DREAM as I woke to the new’s of Donald Trump as America’s new President!! OH SHIT was NOT a DREAM!

So I grab the nearest brown paper back and started a full on FEAR Attack!! No, really!! This isn’t a joke on my part. I am truly in fear of what is going to happen now that our next President-Elect is Donald Trump. And as a person with mental health issues, and reading of what Americans were saying, tweeting and posting all over social media? Didn’t see this coming at all. Ok, yes, maybe I am a “nut” but my fears are real.

So as I woke up and seeing all the news and media stories, over on NetWorkedBlogs, I happen to see a fantastic post that helped a little to put my mind and nerves on OK Status for awhile on PsychCentral Website that I felt was worth a UGE SHARE to others who may be like me and have FEAR based mental health issues too. I do hope it helps others 🙂  *CAT* 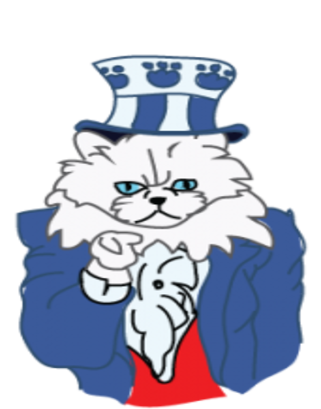 Healing After the Election

After any acrimonious election — and the election of 2016 will go down in history as one of the worst — there needs to be a time for the country to come together once again and heal. Healing is a normal, healthy part of any good relationship. And in order for our relationship with our government, politicians, and fellow citizens to heal, we need to remember the commonalities that bring us together.

Healing after an election may not be easy for everyone, and it may be especially difficult this election year. But we must heal in order to move forward and continue to grow our great nation.

Historically, Americans have always been fairly good at letting bygones be bygones and moving on. Americans forgave British sympathizers (their neighbors) after the Revolutionary War, and we forgave again (our brothers) after the terrible devastation wrought by the Civil War. A presidential election, all things considered, should be much easier.

Ordinary Americans find the election process — and government in general — frustrating, opaque, and uncaring of their needs and challenges. Elections give us a time to vent about our frustration with the economy and government’s seeming inability to “get things done.” No matter who’s in power and who’s nominated, Americans pretty much complain about the same things in every election cycle: taxes, lack of jobs, the economy, government interference in my life, and perceived strength of our country.

Smart Americans know that government is there to perform the basic functions that help guarantee your access to life, liberty, and the pursuit of happiness. It’s not there to make sure you don’t do dumb things, make bad choices, or are actually happy.

These same neighbors and citizens also know that the ability to effect real change in America lies not with a President (who has specific, limited powers), but with the legislative body — Congress. If Americans really wanted the change they seem to clamor for every election cycle, they’d spend more time voting out the Congressional incumbents who failed to bring about the change desired.

If you’ve been on a different page than your spouse, partner, or kids with this election, it’s best to make amends and heal these personal wounds first. Sometimes we say things we don’t really mean in the heat of an argument. Such things may be said instead out of frustration or anger. Now is the time to apologize for such remarks and acknowledge that some elections can be more acrimonious and frustrating than others. But it is no excuse not to treat others with the same respect we all want and deserve.

Do you really want to sink a whole friendship — based upon years or even decades of shared experiences — over a single election? For most people, the answer is no. Reach out to friends who were on the other side and make amends there too.

Healing Continues at Work & with Neighbors

Maybe you’ve had one of those yard signs out on your front lawn that stood out among a sea of your opponent’s signs. Maybe you’re the one person in your office or on the job site who seemed to be for your candidate. It’s time to say, “Hey, that was some election, but I’m glad it’s over and can all get on with our lives,” and hope others hear your conciliatory tone.

Unless you went way over the top, there’s no need to apologize for your choice in candidates or your passion in arguing for your candidate (as long as you were respectful when doing so). If you did go over the top or cross a line, you should try to find a quiet, private place to make your apologies to those you may have offended. They’ll go a long way to healing any hurt feelings at your workplace.

Healing Must Occur in Government, Too

Americans didn’t elect politicians to sit in their chairs and make speeches that nobody listens to. They elected them to do their job of running this nation’s business and getting the job done. Any politician who refuses to do their job — which includes rational discussion, negotiation, and compromise (as has always been the case) — needs to resign or face not being re-elected come next election. Citizens have said time and time again that they want a government that does their job — not one that just obstructs work from being accomplished.

Politicians must reach across the aisle and find the shared commonalities they have with one another — their pride in being American, their belief in the American work ethic, and the knowledge that together they can accomplish great things for our great country.

Here’s to the next four years of coming together again as one people, standing behind our President and elected officials, and moving forward. Because it is only together that we can make simple work of hard, complicated issues.